Similar as I have done with other family members, I thought I would make available all the pictures I have of Grandpa.  I won’t write much, just present the few photos and documents I have in chronological order, as best I can tell. 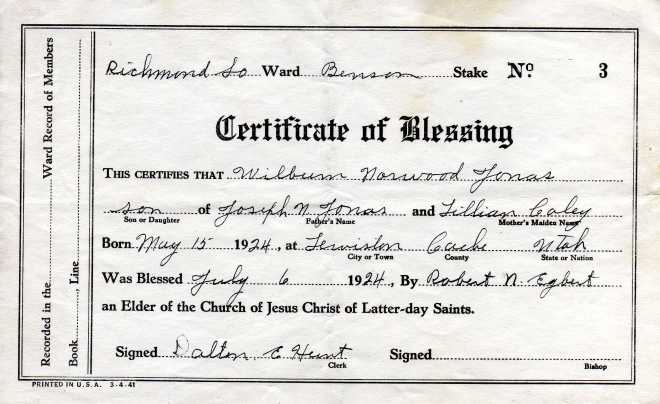 I think this is the youngest picture I have of Grandpa.

This picture shows some of his youth.

He graduated from Primary in 1936.

A couple of pictures taken as a teenager. 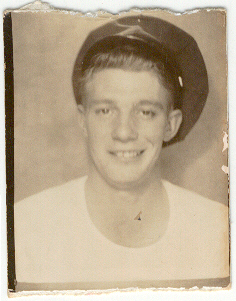 His Certificate of Promotion to the High School, North Cache.

He worked for Western Coal in 1943, I don’t know if he lived in Carbon County or if this was closer to Richmond. 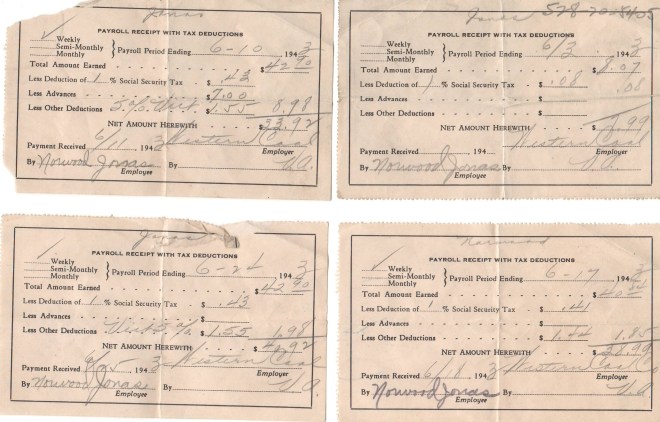 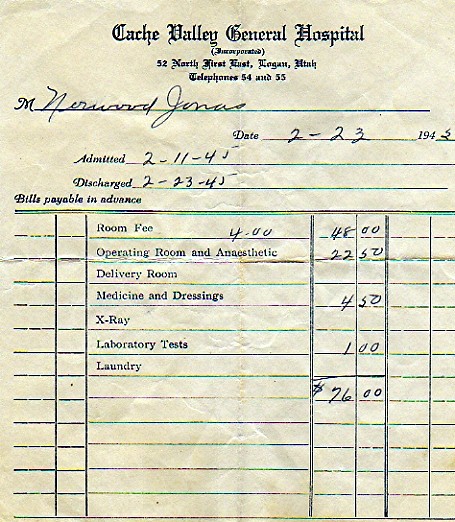 Somebody tried to get a liquor license dishonestly.

Grandpa also worked for the government during the war.

The rejection of his liquor license in 1946.

A picture given to me, of lesser quality scan, of Norwood and Colleen in Yellowstone in 1946.  I understand this was from their honeymoon.

His chauffeur’s license from 1951, luckily the photograph is still attached and you can see his signature.

His insurance card from Mr. Skidmore in Richmond, Utah.

This photo was taken on 17 April 1950 in Richmond, Utah after the funeral and burial of Kent Jonas, Ellis and Geri’s son.

A picture from a mid 1950’s Jonas Family Reunion. 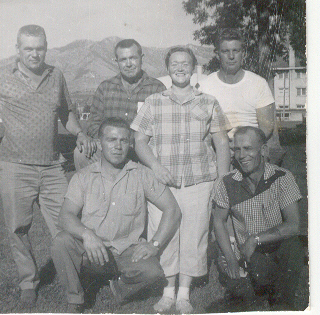 A picture from an Andra Family Reunion about 1957.

Norwood and Colleen with Doug and Sandy in Preston, Idaho

A family photo taken somewhere around 1970. 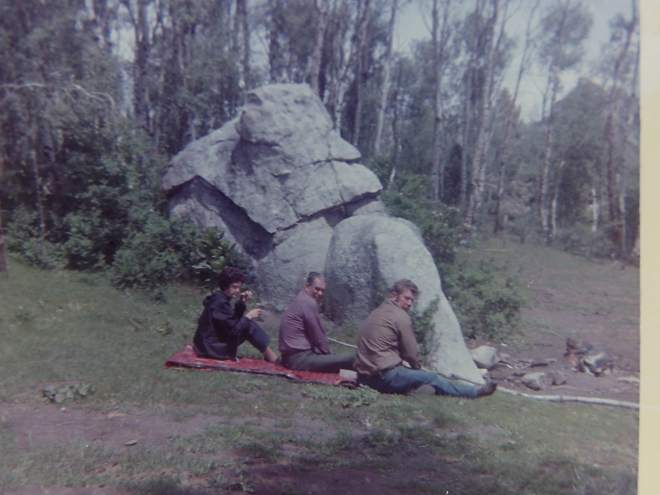 Zella and Marion Hazel, Norwood Jonas at City of Rocks

A couple of the newspaper articles around Grandpa’s death. 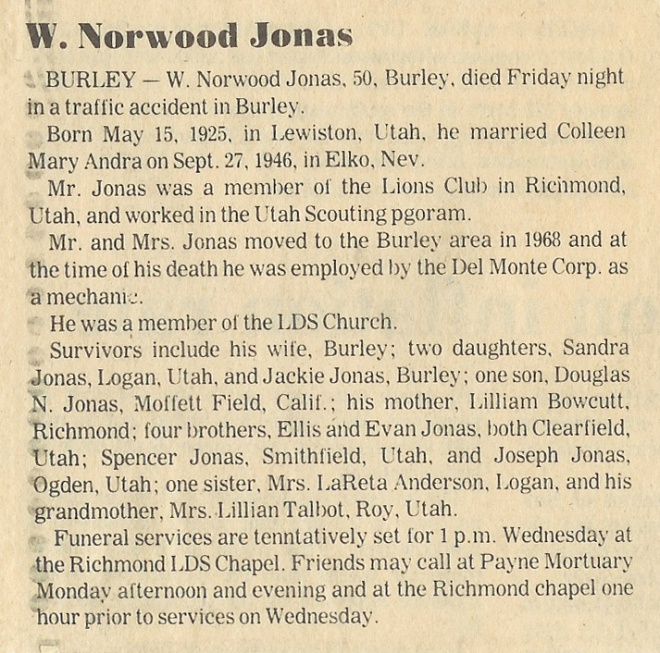