Last weekend I went with a friend, Ted Tateoka, camping on the desert near the Great Rift.  Our plans were to go to Copper Basin, but they were supposedly receiving winter weather advisories, so we opted for something a little closer with a little less snow.

We set up camp in Falcon Cave.  Here is a picture of the cave with the tent deep inside.  You can also see some of the smoke from our fire near the mouth of the cave. 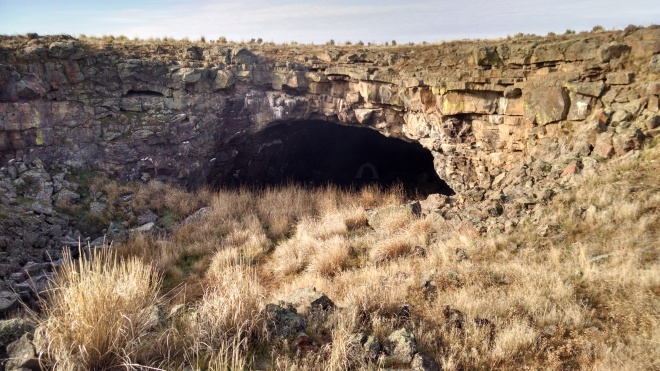 We spent some time exploring the desert in multiple directions.  Here is a picture of the desert looking south from Horse Butte.  I should have taken a picture looking into Wild Horse Corral, which is pretty amazing.  You can see Cottrell’s Blowout  in this picture, but it looks minimal.  You will have to forgive me, I was on an exploring expedition, not a photography mission.

Horse Butte to the south with Cottrell’s Blowout

In Sullivan’s Hole, we stumbled upon this piece of rock.  I don’t know how many hundreds or thousands of years ago this fell off the roof of the cave, but the formations still look new as if they were still hanging from the ceiling.  The access to the cave is through a vent in the ceiling.  We had a rope ladder to take us down the 25 feet or so from the roof to the floor of the cave.  We found graffiti dated from 1925 that still looked new. 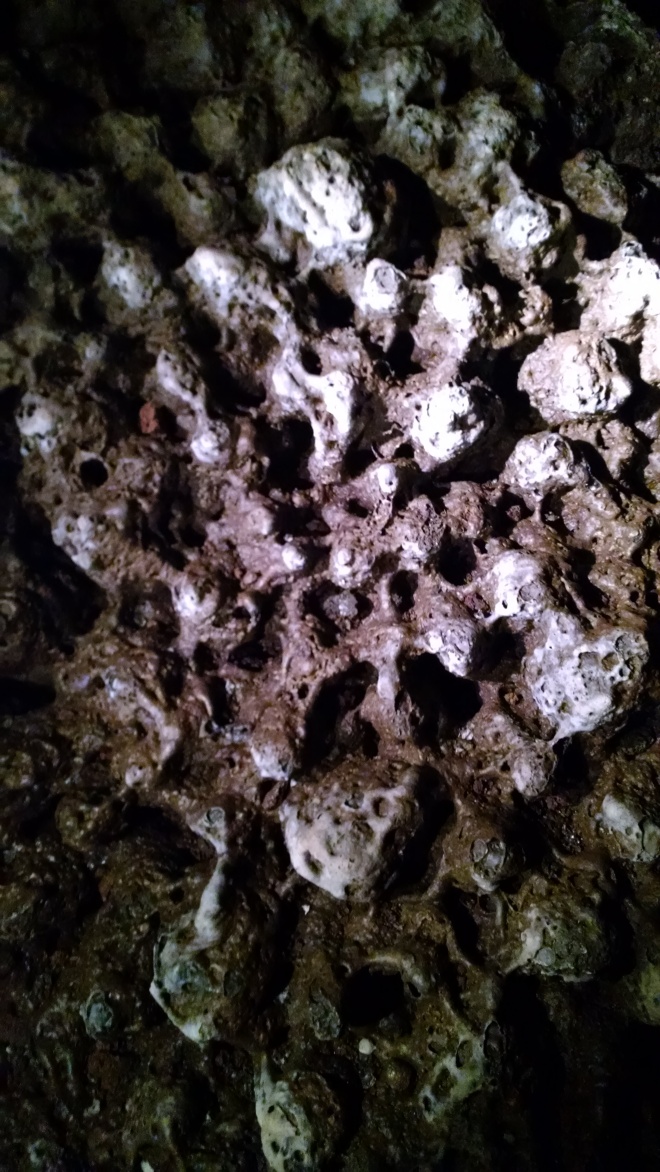 Lastly, a picture of Rock Lake.  You can see what remains of the dam built at some time in the past 100 years or so.  No water in the lake this time of year. 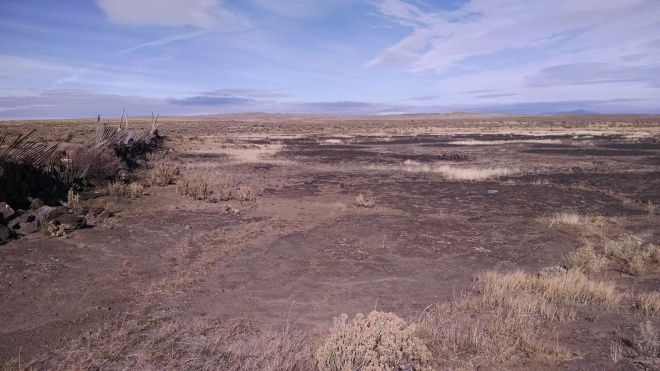 I guess I will have to go back to find some more of the sites, but to also take more pictures.