The building above was the Paul School which included the high school.  This building burned down by arson in 1977 and the present building was built in 1980 with some minor additions since.  The old ball fields are still behind with the backstops.  The current elementary has the old bell hanging in front of the school sheltered from the elements. 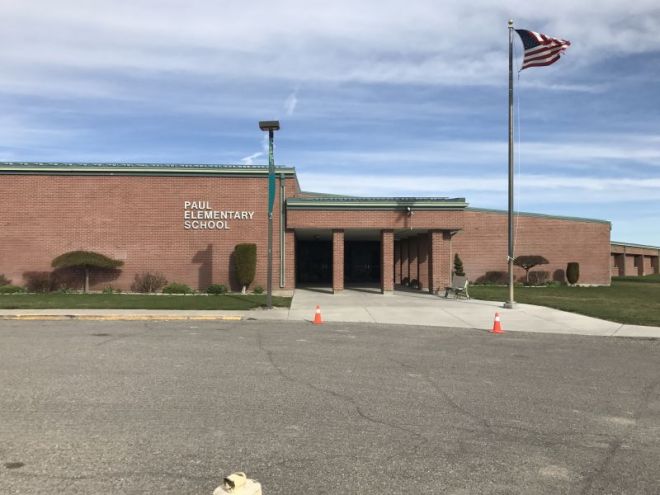 Here is another picture of the old school from the Paul water tower.