My father has been writing his history.  I am helping edit it so I get to read it as we go along.  I read about living in various places and realized I had not seen or was not familiar with many of the locations.  On 25 April 2020 I loaded him up and my sister, Andra, and we made a trek to eastern Idaho, western Wyoming, and northern Utah.  We made various stops.  Unfortunately we didn’t get as many pictures as we probably should have.

For a couple of years my Dad worked at a site in Leefe, Wyoming.  While there, he lived in a trailer on the site and two other homes, both in or near Randolph, Utah.

The home in Randolph is no longer there.

Dad said he rented this house from the Argyle Family.  He talked about the spring on site.  The leather harnesses and buggy he has out at his house now came from the barn that used to be on this location.  Old man Argyle said they were garbage and not worth anything and Dad could have them.  He helped himself and are still in possession of the family today.  We pulled into the driveway and snapped a couple of photos on the way through. 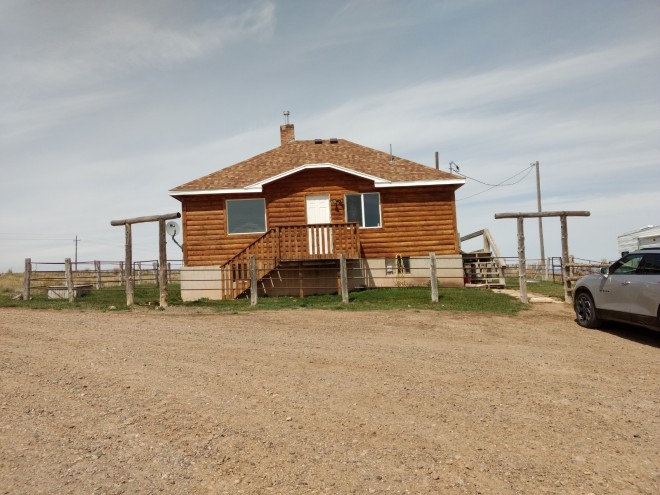 Dad says the porch is different than it was then and that the wood sizing was not there and changes the look of the house quite a bit. 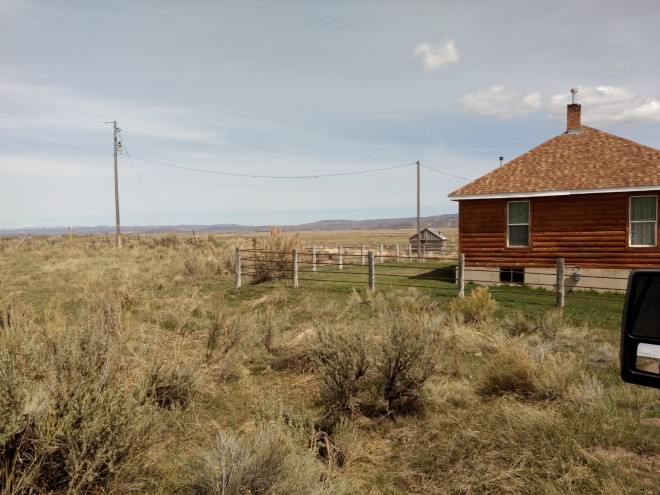 Side view of Argyle House in Randolph

Dad talked about the snow being so deep one winter that he could ride the snowmobile from this house to the mine about 7 miles away.

In the distance in this photo you can see Rex Peak.  Dad talked about the mining operation that surface mined off Rex Peak in the 1970s and took the ore via the haul road to Leefe, Wyoming to the plant there.  He talked about the access through Brazier Canyon going up to the strip mining off the peak.

Dad talked about the spring to the east of this house and how beautiful the water was that came out of the spring.  On the maps it shows as Crystal Spring.

House in Randolph, Utah Larry and Louise Aslett lived in.

While trying to find their home in Randolph, Dad pointed out this house that Larry & Louise Aslett lived in while they lived there.